SimilarTech allows us to know the technologies used in web sites

Rohnak Murnal
Editor
posted on 3 years ago — updated on 1 month ago
2,597
views
Online Tools Technology
Every day we are witnessing how the web evolves through the emergence of new technologies, the disappearance of others, the greater or lesser adoption of existing technologies. 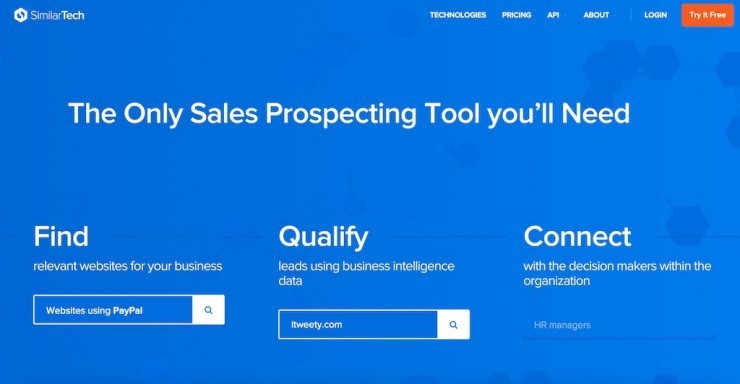 SimilarTech is a free service which will allow companies, which would like to know what the technologies used in each of their Web site's. It let's you know which websites that use a particular technology or platform, for example,  There are sites that is using Shopify in a given country, as well as providing information on trends, statistics and other aspects.

The team SimilarTech has previously worked in SimilarWeb and actually used some of the same services , as we discussed from the platform, where they also tells us that many sales teams use the platform to find specific profiles and can become potential customers, based on the platforms they use, traffic and location.

At this point, it also allows the companies themselves know the technologies they use and their competence, being able to know if they use open source platforms or proprietary platforms developed by them.

It should be noted that SimilarTech has been in beta about 18 months to gather enough information about more than 2,000 technologies at a time. Its official launch took place months ago, with the aim of becoming an important research resource based on web technologies.