The musical Frozen will premiere on Broadway in 2018

Grace
Editor
posted on 4 years ago — updated on 2 years ago
2,736
views
Film and TV News Technology
The film, which grossed a record $ 1.28 billion worldwide, is now looking to repeat its success in the theater with a musical 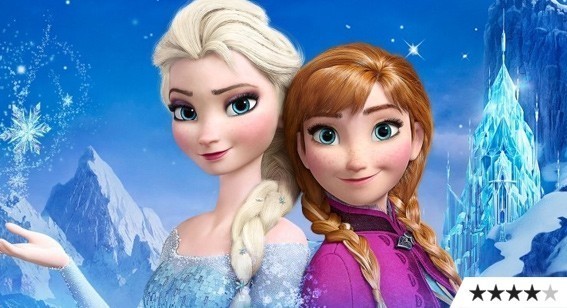 Perhaps for many parents this is not the best news, but certainly hundreds of children are happy to hear that Frozen, the story of Elsa and Princess Anna, come to Broadway in spring 2018.

The film, which grossed a record $ 1.28 billion worldwide, is now looking to repeat its success in the theater with a musical that will premiere on Broadway (New York) in 2018, for all age groups and will have a presentation after which it will be limited and expected for summer 2017.

Disney Theatrical Group announced that the composers who made ​​the film also hit musical (with songs like Let It Go, or Do You Want To Build A Snowman) written for the original version of Frozen in theater songs.

Kristen Anderson-Lopez and Robert Lopez, who won an Oscar for their song 'Let It Go', will then be responsible for making more than a dozen songs for this musical that will undoubtedly be one of the great attractions of Broadway 2018.

Thus, Frozen joins other children's classics that went from the big screen to the theater, as The Beauty and the Beast, The Lion King, The Little Mermaid, Aladdin and Mary Poppins.

Disney has already launched the online home www.frozenthemusical.com advertising the musical and allowing families to sign up to receive information about this highly anticipated production. And, of course, Twitter immediately reacted to the news, mostly positive comments.

Frozen film debuted November 13, 2013 and immediately became a success. A few months later, Disney released version 'Sing Along', allowing viewers to sing while watching the film in the cinema. A year later, Disney introduced 'Frozen on Ice', also captivated millions of children and parents across America.

The film grossed over $ 1.28 billion worldwide and it turned in the animated film racked up more money at the box office in film history.

Now expectations are placed on the musical that will bring Elsa and Anna live on stage live with their friends Kristoff, Olaf, Sven and not as friend, Prince Hans.