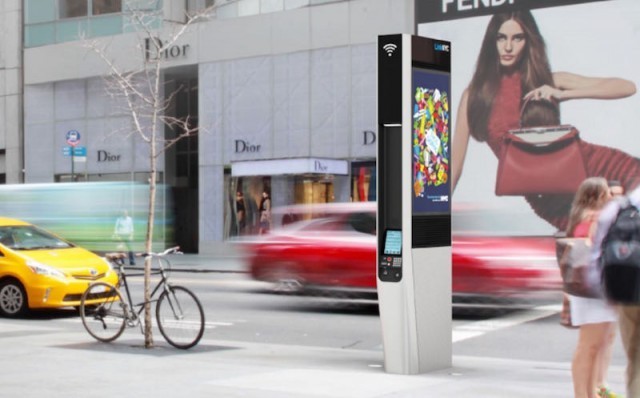 Today, a few days for the end the year 2015, operators have started to install the first WiFi stations near Union Square in Manhattan, although they remain ahead one to two weeks of testing and incorporating touch screen that will allow for the web browsing to the possibility of making phone calls, and these are free within the United States.

These stations will allow WiFi, plus free WiFi 1 Gb / s without loss of speed between them, charging various devices via USB, web browsing and phone calls via a touch screen, and two 55-inch screens which display advertising that allows afford the service.

New York City provided that the revenue generated by these WiFi stations through advertising are about 500 million dollars over the next 12 years. Of course, when it comes to privacy, people can be calm because finally no beacons to conduct scans of the same in order to provide personalized advertising is included, which at the time was controversial for inclusion stations testing.

It is expected that in the coming days will continue substituting other cabins of the city from these stations public WiFi connection, what will come to a total of 7,500 public stations scattered throughout the city.