Minecraft players can now fight each other in Battle

Steve Mark
Editor
posted on 3 years ago
—
updated on 3 years ago
2,193
views
Games News News
It is a project of mini games to Minecraft: Console Edition , and the first will be called Battle , through which players can fight each other in order to survive on the battlefield. 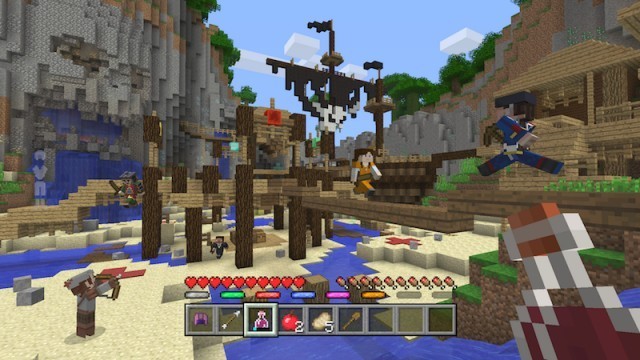 Microsoft has just introduced Battle Mini Game , the result of work between Mojang, 4J Studios and Microsoft that aims to bring Minecraft to another level: the fighting.

It is a project of mini - games to Minecraft: Console Edition , and the first will be called Battle , through which players can fight each other in order to survive on the battlefield. The aim is to mix speed, strategy and luck to be the only one left standing, while defeated may continue in the game by watching how the rest continues to play.

In the Battle players participate in up to 4 players on the same screen and up to 8 players online for Xbox Live, and will now be available in June as a free upgrade for those who already have Minecraft on Xbox 360, Xbox One or other consoles. The update will include three free maps, and also add the option to include extensions at a price of $ 3 each.

Although the idea seems attractive, surely this new mode of violence will not be well received by all those who have always defended Minecraft as one of the few games in which children can build and participate without worrying about deaths and fighting, although it is important to remember this is an update that will not affect the free builder who has given us so much joy mode.