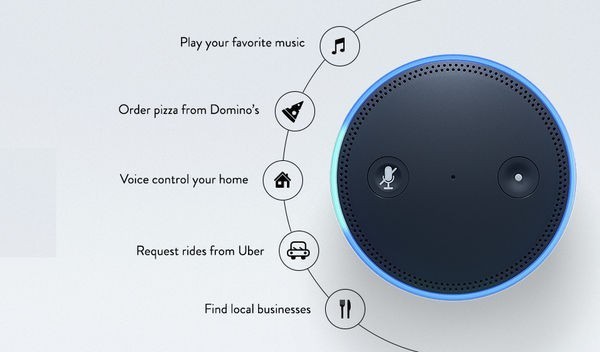 The new generation of connected speakers Echo Dot will be available at an attractive price, below $50, being already available for pre-order both in your choice of white and black in the color of your choice through Amazon.com . Shipments will begin on 20 October.

Despite its small size, the speakers connected Echo Dot has nothing to envy of his older brother, having the same possibilities, that is, the ability to play music, turn on lights, information on traffic, weather and on other topics, establish scheduled alarms, and more voice commands corresponding to Alexa, the voice assistant integrated into the Echo speakers. In this regard, it should be noted that the family of Echo speakers is compatible with many manufacturers of home automation devices.

Amazon says the new Echo Dot has seven high quality microphones that can receive commands even in those rooms where there is noise. It uses an improved technology for beam forming and noise cancellation to allow listening to the commands. Moreover, it is joined by the availability of a more powerful processor that offers better precision in recognizing the voices.

But, it is also interesting to note the possibility of locating an Echo Dot in every room, where thanks to the new ESP (Echo Space Perception), Alexa technology will know where the user is and respond through closer to the same speaker. Dot Echo speakers can be connected via Bluetooth or via a 3.5mm stereo cable to entertainment system of the house.

In addition to the sale of individual units will go on sale packs of speakers, both six and twelve, at attractive prices, meant for those who want to distribute Echo Dot units in different rooms of their houses.