A Star Wars Game in Virtual Reality created by Lucasfilm

Steve Mark
Editor
posted on 4 years ago
—
updated on 3 years ago
6,485
views
Games News News
Star Wars Virtual Reality game being made from Lucasfilm for HTC Vive, impressive glasses Virtual reality we see in the market from April 5th. 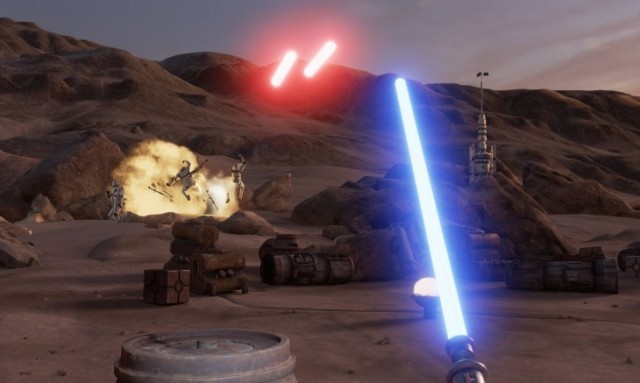 The game has been created by Industrial Light & Magic (ILM), a company specializing in creating visual effects and graphics, founded by George Lucas in May 1975 and now owned by Lucasfilm company. This company has a department called ILMxLab , and from there was born the game you can see in this below video:

The game looks pretty realistic, but currently do not have launch dates in fact Lucasfilm has presented only as an experiment, so it might end up being only a few scenes of Virtual Reality, not a complete game .

They have been able to experience in roadtovr.com , which indicate that full demonstration only lasted 10 minutes, time that was not easy to get used to using a lightsaber.

The resolution and realism of HTC Live, and independent not dependent on a PC make it a great protagonist of this sector, and if the size of Lucasfilm developers behind, everything seems to lead to a tremendous success.